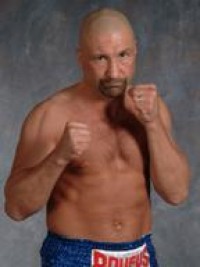 Roufus held titles for all the major kickboxing associations worldwide (PKA, IKF, ISKA, FFKA and KICK), and is known for his boxing skills and powerful kicks. He is the older brother of Duke Roufus who is also a kickboxer and a muay Thai and mixed martial arts instructor.Rick Roufus began his lifelong practice of the martial arts at the age of 5. He learned taekwondo from his father. He quickly rose through the national point karate circuit and debuted as a professional kickboxer in his late teens. He had his first professional fight in May 1985 against J.C Owens whom he defeated by decision.