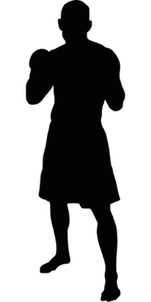 Tony Dominguez, Jr. is an American professional boxer. He is locally known as Tony "Red" Dominguez because of his bright red hair. He was undefeated but unfortunately forced into early retirement due to a severely injured rotator cuff.Tony Dominguez was born to Antonio Dominguez, Sr, and Mary (Garcia) Dominguez. He was raised in a broken home resulting in his defiance and early trouble with the law. The combination of his troublesome domestic life and hostile public life fueled an anger within him which he contributed to his early violence. After countless fights with his peers, Tony discovered his talent for fighting which resulted in his diversion to boxing.